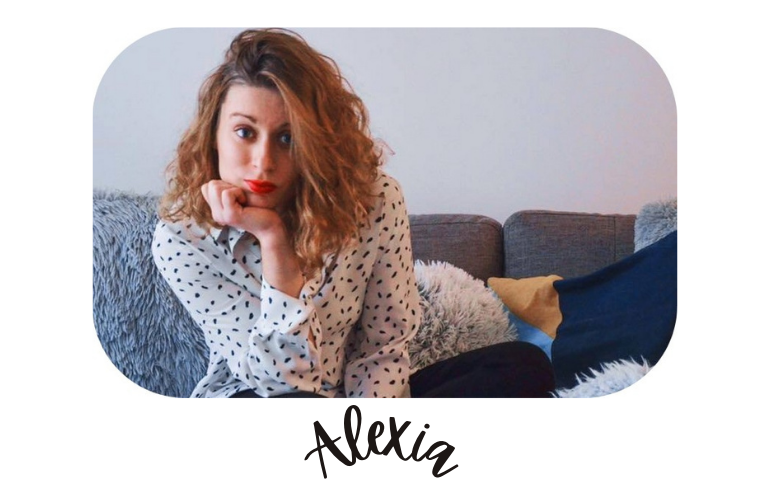 Alexia is a literature and political science graduate and briefly studied sexology. She has a passion for feminist issues, and she spends a lot of her time reading and writing. She also likes art and photography. I had the opportunity to meet her through a common engagement and I continued to follow her inspiring projects. I then asked her to be a part of Women of the World.

Of all the issues that are close to my heart, there is one that revives something deeper: the body issue. Wherever my thoughts go, whether they are about my feminist battle or more intimate thoughts, is it there.

Way too small and not skinny enough, especially for a gymnast, add to that a chest that is as shy as the one wearing it and some ridiculous childlike traits. There it is, one of the winning combinations for a painful adolescence. For, if there is something missing during that period, it is the awareness of privilege. The privilege of having a white and healthy body, which is accepted by society. A body of which the needs could and can still be satisfied. A body that is, admittedly, assaulted, traumatized, stripped, but a resilient and tenacious body above all. A body that keeps you alive and that has a sensory acuity allowing a multitude of pleasures. And yet… And yet, at the dawn of my 25 years, blessed with a life experience that is so special, I often find the teenager I once was, crying before the mirror, hating the reflection as much as the shadow. In this social media era where the pressure of perfection is ever-present, how do we get rid of these old complexes that were created by society and patriarchy? Let’s be honest, the only responsible for the depreciation of the female body is the eye of whom we made them it believe it existed for. Unfortunately, what many teenagers cried for and will cry for before their mirror is, above all, the non-conformity to the expectations of male desire. This very same desire, as flawed as it can be, proclaimed itself as the master and professor of what it has, nonetheless, judged inadequate.

I welcome with warmth and respect the countless women who fight against the capitalist body requirements, attributing bodies a value almost commercial, bodies whose standards are none other than the male gaze. I welcome the women who celebrate the glory of diversity and allow all these young women to find the courage and confidence to love themselves with their difference, maker of their beauty. I am particularly torn between two realizations. First, a skeptical realization stating that the pressure has never been as heavy as today, in this health crisis and confinement context, with productivity declining and the fertile fear of weight gain from a mercantile point of view. Second, a serene realization in which roots an ever-present goodness and describes itself as more confident on the turning point taken by society, thanks to women’s initiative.

If there is one thing that I understood, truly, deeply understood, it is that the body will always be at stake in the division and domination issue. It is at stake between genders, races and social classes, but also within them. The battle against patriarchy means fighting against the establishment of imperatives that feed on the very rivalry they create.

Janssen – I am kayumanggi